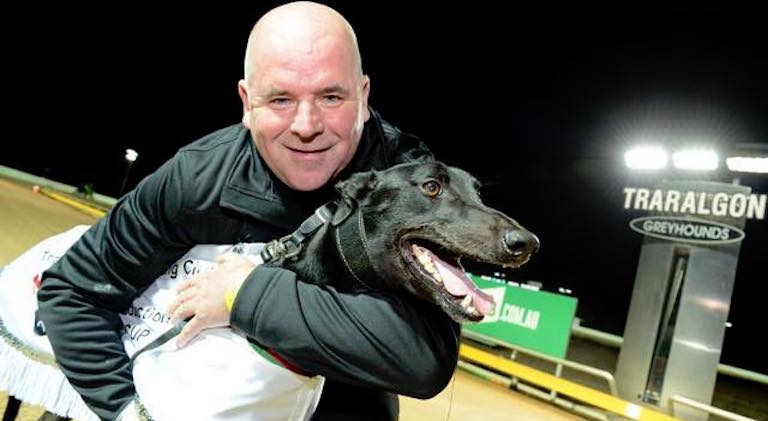 POWERHOUSE sprinter Pantera Nera (Milldean Panther x Go Jessie’s Girl Nov ’13) has been officially retired from the racetrack and is ready to commence his new career as a stud dog.

Trained throughout the majority of his career by Gavin Burke, Pantera Nera faced the starter 74 times for 38 wins, 14 seconds and eight thirds, earning $290,341 throughout his career.

His major career wins were in the 2016 Group 2 Traralgon Cup, the 2016 Group 2 Black Top, the <a target="_blank" rel="nofollow" title="Pantera Nera one to beat at Launceston" Read full article

By gerardg Team Dailly will be chasing a Group 1 double in Sydney on Saturday night when the National Derby and National Futurity Finals are ...

Prize money to be distributed from abandoned Cranbourne meeting

By Greyhound Racing Victoria Prize money from last night’s abandoned race meeting at Cranbourne will be divided equally among the owners and trainers of greyhounds ...

GEELONG CUP: King aces punters but will he strike gold?

By Greyhound Racing Victoria One of the greatest upsets in Geelong Gold Cup history took place on Friday night when Corleone King won a heat ...

By jamevdm The Sandown Park venue will be set to host a strong meeting of 12 races on Thursday night and I’ve scoured through the ...

By Greyhound Racing Victoria Jeff Geall may have the ranked ...