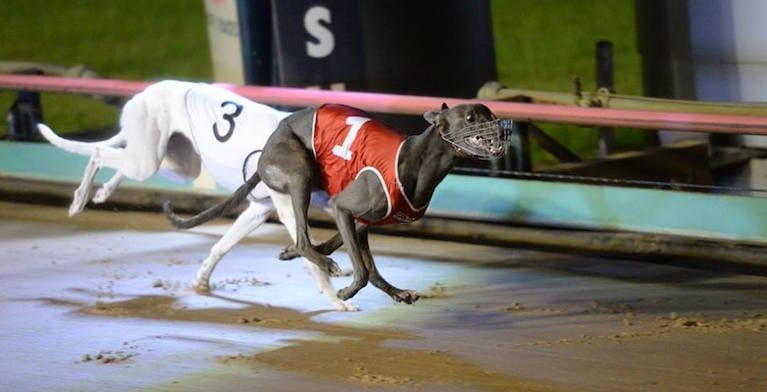 DIRK Bale (Fernando Bale x Langi Bale Aug ’15) stepped out of the shadows of his star litter brother Allen Ablett when recording an all the way victory in the Group 1 Auckland Cup (527m) at Manukau on Sunday night.

Trained by Craig Roberts, Dirk Bale began brilliantly off an awkward draw in box six, slipping straight to the front of the pack. Out on the bunny the blue dog never looked in danger, cruising to line to score by two and a half Read full article

Cup heats for the ages

By Greyhound Racing Victoria Defending champion Ando’s Mac will meet a familiar foe when he lines up in a heat of the TAB Melbourne Cup ...

By Katherine Ernst DUAL Group 1 winner Above All has passed away. The news broke on social media on Wednesday evening that the black dog ...

By grvnews Are you familiar with GRV’s Hot Weather Policy? Greyhound racing or trialling cannot be conducted in Victoria if the temperature exceeds 38 degrees. ...