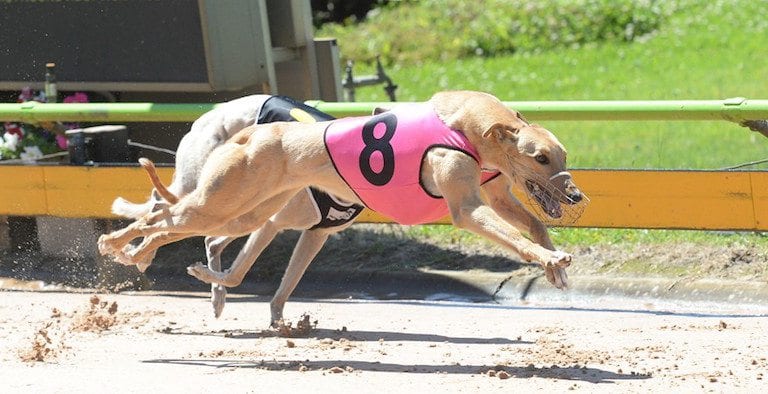 ROB Britton believes his front-running sprinter Slingshot Gypsy (Fernando Bale x Paw Sa Prize Feb ’16) has what it takes to go all the way in the Group 2 Launching Pad (515m) at Sandown Park.

The underrated bitch, which ran second in the Group 1 National Futurity earlier this year, was impressive in her heat of the feature last week, leading all the way off box six in a handy 29.64.

It was just her second start since the Futurity final at the start of February, Read full article

By Bradley Bugeja HEADING to Angle Park for today’s selections and hopefully we can find you a couple of winners to help fill your betting ...

By Bradley Bugeja Sportingbet has provided ARG with an exclusive $700 free bet. With a great card of racing at The Meadows tonight there is ...

Best bet, roughie, quaddie in greyhound racing for May 4, 2015

By Bradley Bugeja The eastern states will host some enticing racing for punters tonight. Wentworth Park will welcome some talented youngsters in tonight’s $10,000 maiden ...